Private William White,1st/7th ( Territorial ) Battalion, Northumberland Fusiliers. He was killed in Belgium on 14th February 1916 and is buried in Maple Copse Military Cemetery, nr., Ypres, Flanders, Belgium.  He had been born in Berwick and had enlisted in Alnwick. At that time the Battalion had a four day tour of duty in frontline trenches near Sanctuary Wood in the Ypres Salient and suffered 5 Other Ranks killed and 11 wounded from intermittent shelling. His Headstone is inscribed ” Their Glory Shall Not Be Blotted Out”. The photo shows the impressive Memorial raised to the 50th ( Northumbrian ) Division of which the Battalion was part until February 1918 when it was transferred to the 42nd ( East Lancashire ) Division as a Pioneer Battalion. It was erected near the village of Weiltje where nearby the Division had fought its first action on 26th April 1915 during the Battle of St Julien only days after landing on the Continent.

Intimation has been received of the death of William White, signaler, 7th NF, only son of Mr Peter White, Woolmarket. Prior to the war he was a shoemaker with Mr Mosgrove, shoemaker, and he joined the army in September 1914. He was wounded at St Julian last April, and after recovering from his wounds, returned to
the front on 3rd January this year. He was killed on Monday afternoon, 14th inst, by wounds from a shell. The news was contained in the following letter –
Dear Mr White – I am very sorry to have to tell you that your son was killed while at his duty yesterday afternoon. The enemy were giving us a very bad time, and one of their shells broke our telephone wires. This made it necessary to send a message by hand, and your son was walking along the trench with a message when he was struck and immediately killed. It is a very sad thing, and I cannot find words to express my sympathy for you in your loss. The only bright spot about it is that he paid the sacrifice while actually doing a service to his country, and that he passed away without any pain, his death being instantaneous. I sincerely hope, that these facts will bring a little comfort to you. I was at Alnwick until Christmas, and was training him as a signaler. I found him not only a willing worker but an extremely good signaler, and when I came out to take over the communications here, I was
extremely pleased when he came along with four others joined me after I had been here a few days. He was just as keen and willing as he was during the four months I
knew him at Alnwick, and as you will understand I am writing this with a feeling of real sorrow at his loss, and with sincere sympathy with those to whom his sacrifice will be most keenly felt. 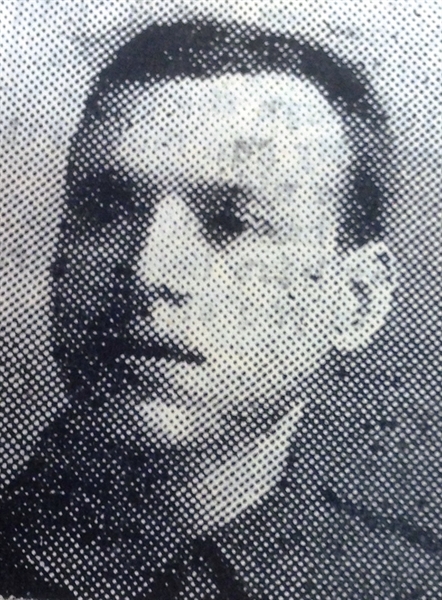 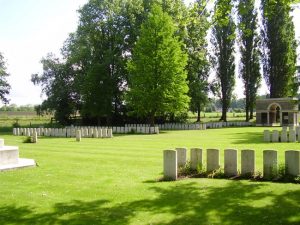 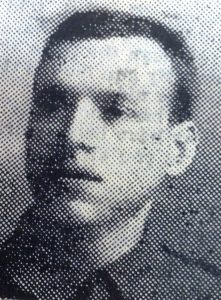