Also MARGARET ISABEL HARLE  wife of the above who died at Edinburgh 4th January 1940 aged 66 years.

Robert Hogg (1818 – 1897), Farmer, Fireburnmill Farm, Coldstream, was the son of Robert Hogg of the firm of Hogg & Wood of Coldstream, suppliers of forest trees and agricultural seeds. Hogg was educated at a private school in Duns and Edinburgh University. In 1836 he worked in the nursery of John Ronalds, London, and after traviling and studying in Europe he bought Brompton Nursery ( on the site of the Victoria and Albert Museum), renaming it Gray, Adams and Hogg. Hogg was the General Secretary for the International Horticultural Congress, 1866 and represented the Royal Horticultural Society at the International Exhibition, St Petersburg. He was Secretary to the RHS 1875 – 1884. He had many publications on Horticulture and Fruit. 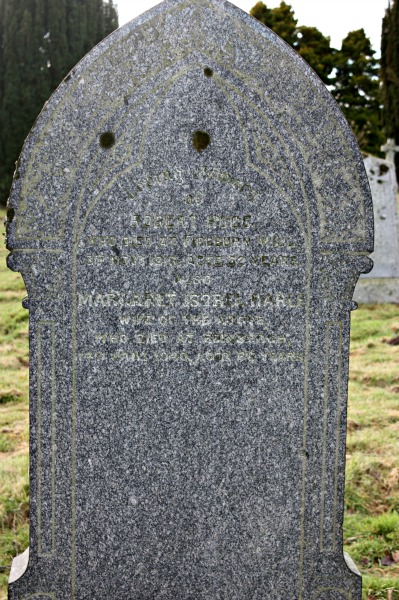 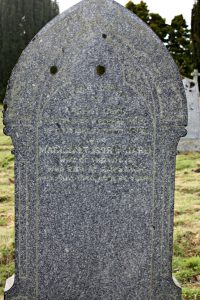