This letter has been a long time in the writing, since John & I met you by chance at the Coldstream Lennel Kirkyard
in September 2017, while we were cleaning John’s family grave, and offered to write up some of the family
history.
John’s grandparents, David Guthrie and Grace Forest Guthrie (nee Chisholm), are buried in the Lennel Kirkyard
West Row 23 – 2. David was a Postman in Coldstream and serviced in the Cameron Highlanders in WWI; his
service history and family photos are attached.
John’s Mum, Hannah Mary Guthrie, is the only child of David and Grace. She was born on 31 December 1921
at 5 a.m. at 30 Duke Street, Coldstream. Her birth was registered on 18 January 1922 at Parish of Coldstream in
the County of Berwick by John Thomson, Registrar.
She was baptised on 5 March 1922 in the Church of Scotland, Coldstream Parish Church.
Hannah lived most of her childhood in the Toll House, also known as The Old Marriage House, near the
Coldstream Bridge over the River Tweed. She lived with her parents and grandmother in the house. She told us
her grandfather married the eloping couples from England.
Hannah took up oil painting late in life, and we a number of her painting in our home, including a painting of the
Toll House.
Hannah attended school in Coldstream; a couple of photos are attached.
Hannah trained as a general nurse in Edinburgh during WWII. Her Scotland nursing council certificate is date 24
March 1944, registration number is A22230. She also trained as a Fever Nurse and her certificate is dated 22 June
1945, Registration Number E24801.
We understand Hannah nursed in Edinburgh and London, but have no records of the hospitals.
However we do know she was nursing in Liverpool at the Bottle General Hospital for 16 months as a Night Sister
and 6 months as Sister in Charge of the Male Medical Ward. In a reference from Dr Robert M Evans dated 19

January 1949, he states that “she has shown her ability to deal with many emergencies arising at night in a dock-
side hospital, and also proved herself to be a most efficient and popular ward sister. She rightly earned the

respect and confidence of her patients, and has been a most agreeable colleague.”
After the passing of her parents, Hannah left for New Zealand (NZ).
Hannah’s first passport, L0371796, was issued 3 November 1949. She travelled on the SS Orcades from Liverpool
in December 1949 to Australia. According to her passport they stopped in Suez Canal 3 Dec 1949, Ceylon 31 Dec
1949, and arriving in Fremantle 7 Jan 1950, then onto Sydney.
Hannah travelled to Australia with nursing friends and spoke often of the wonderful time onboard the ship.
She flew on a float plane from Sydney to Auckland, NZ, then a plane flights to Dunedin arriving in Feb 1950.

Hannah came to NZ to stay with her Aunty Bessie Hurrell (her father’s half-sister) and her husband Herbert, who
lived in Waikouaiti, East Otago.
She continuing nursing in Dunedin at the Chalet Private Hospital and Montecillo Returned Servicemen’s Home,
and at the hospital in Cromwell.
Hannah met her future husband, Allan Stanley Bell, a Police Detective, at the Chalet, when he is interviewing one
of her nurses after a thief. She wasn’t very impressed with the way Allan speak to her nurse and told him in no
uncertain terms what she thought and made him leave the hospital. He asked her out on several occasions and it
took him 2 years before she agreed to a date.
Hannah married Allan at the First Church in Dunedin New Zealand on 6 October 1954.
They lived in Christchurch, Cromwell and Dunedin.
Hannah & Allan had three children:
 David Stanley Bell, born 31 July 1955 in Cromwell, lives in Christchurch, NZ
 Allan John McLean Bell, (known as John) born 11 December 1956 in Cromwell.
 Susan Mary Morgan, born 7 February 1961 in Dunedin, lives in Melbourne, Australia
Hannah took up work as a beauty advisor at the DIC department store in Dunedin in the 1970s, which she loved,
especially the talking with people and being dressed up.
Hannah held a British passport, and dual passports after she become a citizen of NZ on 13 October 1988. Hannah
travelled frequently to Melbourne to spend time with her daughter, Susan, and her grandchildren. Hannah
moved permanently to Australia in 1988 to live closer to Susan, and remained in Melbourne until she passed
away on 14 August 2015. John brought Hannah’s ashes back to New Zealand to fulfil her wish for her ashes to rest
at Cromwell. She is buried at Cromwell Cemetery.
Hannah is survived by her three children, her grandchildren:
 Marguerite (Maggie) and Bridgette – Susan’s daughters
 Lee and Hannah – John’s children,

Hannah retained her strong Scottish accent, she spoke often of her life in Coldstream, but never returned to the
United Kingdom.
We have a few letters from her cousin, Clare, that are addressed Waters Meet, 3 Lees Mill Drive, Coldstream; we
have been unable to find out Clare’s surname. We also a letter from her lifelong friend, Dorothy Manning,
addressed 21 Lees Street, Coldstream.
John & I hope that the information contained in this letter and the attachments are of use to the Coldstream
Lennel Kirkyard Transcriptions project team. We hope the project is achieving it goals and please get in touch if
we can assist in any way.
We hope to return to Coldstream in a few years’ time to visit the grave and village. 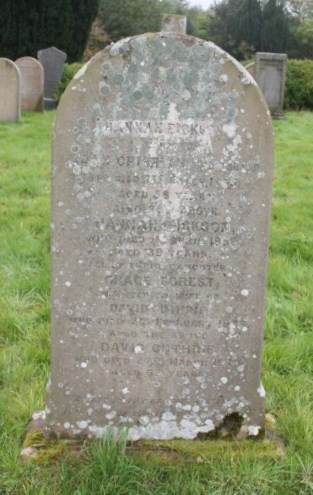 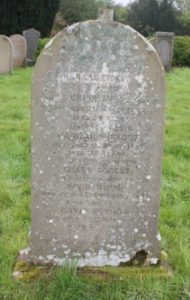 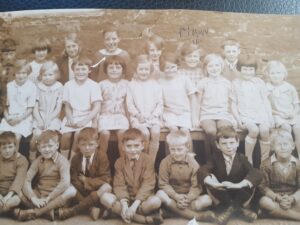 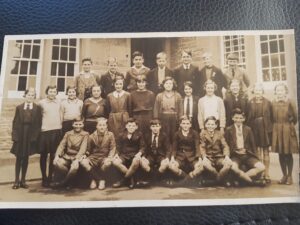 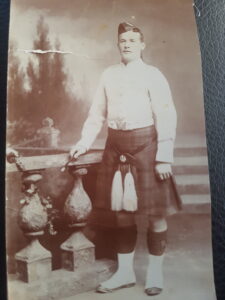 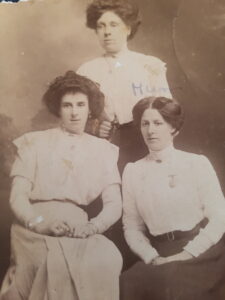 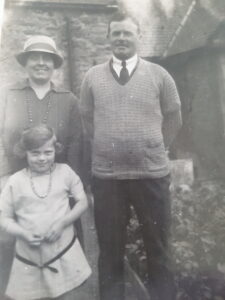