Also CATHERINE ANNIE grand daughter of the above and Daughter of JOHN and NELLIE STEVENSON who died in infancy at Ambrizette Portuguese West Africa 25th May 1923.

Also the above JAMES STEVENSON who died at Coldstream 6th April 1932 in his 85th year.

James Stevenson was born at Girtheo, Kirkcudbrightshire, he was a byre man and lived at Crooks Labourer’s Cottage.  His wife Catherine was born in England.

NINETEENTH-CENTURY AFRICAN PROTEST IN ANGOLA:
PRINCE NICOLAS OF KONGO (1830?-1860)1
Douglas L. Wheeler
Introduction
In the history of Angolan resistance to Portuguese rule the traditional
and most common form of protest has been armed rebellion. In the late nineteenth
century, however, new forms of protest appeared. African and mestigo
assimilados (Angolans with varying degrees of Western education) began to
express their protests in writing, both in letters to authorities and in colonial
newspapers. Perhaps the earliest case of Angolan written protest came in
1859-1860 in the activities of a prince of the Kongo Kingdom, Nicolau de Agua
Rosada de Sardonia. Nicolau, or Nicolas, protested against Portuguese commercial
and political activity and military expansion by publishing a letter in a
Portuguese newspaper in Lisbon. His written protest, as far as I know, is the
first case of Angolan written assertion against modern colonial influence and,
therefore, represents an antecedent to later Angolan nationalism.
This brief paper is not a definitive study, for a number of questions
about the life of Nicolas and about the motives and influences of his contemporaries
remain unanswered. But, after various periods of research on this
problem since my original discovery of Nicolas' existence from documents in
the Arquivo Historico Ultramarino in Lisbon in 1962, I feel that this interesting
case warrants publication at this time.
1. The author is indebted to the archives personnel who helped him in Lisbon in
1962, in the National Archives, Washington, D.C. in 1963, in Boston in
1962-1963, and in Luanda in 1966. Jeffrey Butler of Wesleyan University,
Middletown, Conn., was generous with his time and judicious with his advice
on several drafts of this paper. James Duffy of Brandeis University
very kindly allowed me the use of his notes on file F.O. 84/1105, Public
Record Office, London; I am also indebted to his generosity for the interpretation
of Gabriel's role in the Prince Nicolas affair. Thanks are due also
to Norman R. Bennett of Boston University for his aid in this project.
African Historical Studies, I, 1 (1968)

James Stevenson was born at Girtheo, Kirkcudbrightshire, he was a byre man and lived at Crooks Labourer’s Cottage.  His wife Catherine was born in England. 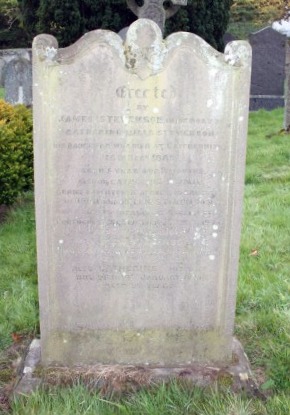 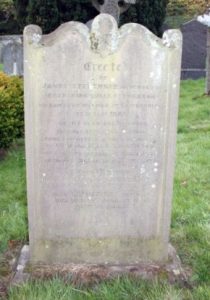