Erected by WILLIAM DODDS to the memory of his wife who died at Ladykirk Feb 28th 1867 aged 49 years. 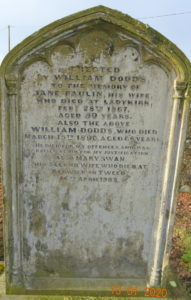