Also ANN HENDERSON wife of the above who deid at East Learmouth 18th January 1908 aged 78 years.

Also PETER HENDERSON son of the above who died at East Leamouth 29th January 1905 aged 48 years. 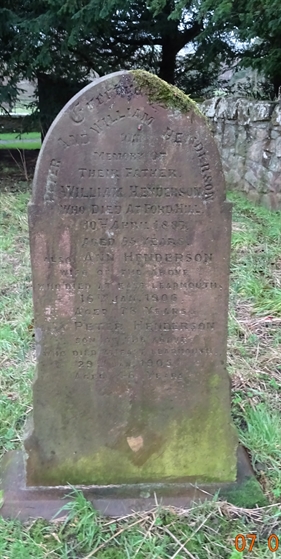