Erected by MARGARET ALLAN in memory of ROBERT LUKE her husband who died at Crosshall 1st April 1901 aged 72 years.

Also the above MARGARET ALLAN who died at Eccles 7th October 1912 aged 77 years.

Robert was born in Coldstream he lived at Crosshall for over 20 years he also lived Eccles. He was empoyed as a Road Surfaceman

His wife Margaret was born in Westruther. 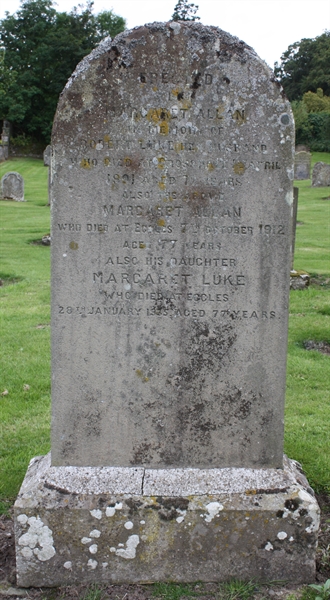