Also three of their children who died in infancy.

Also the above MARGARET WAKE who died at Coldstream 19th July 1894 aged 70 years.

This stone is lying flat but in good condition 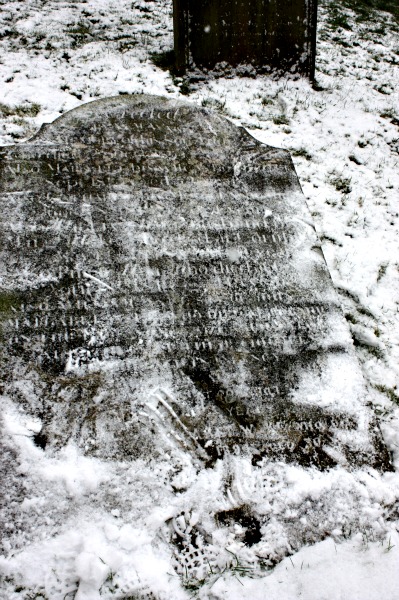 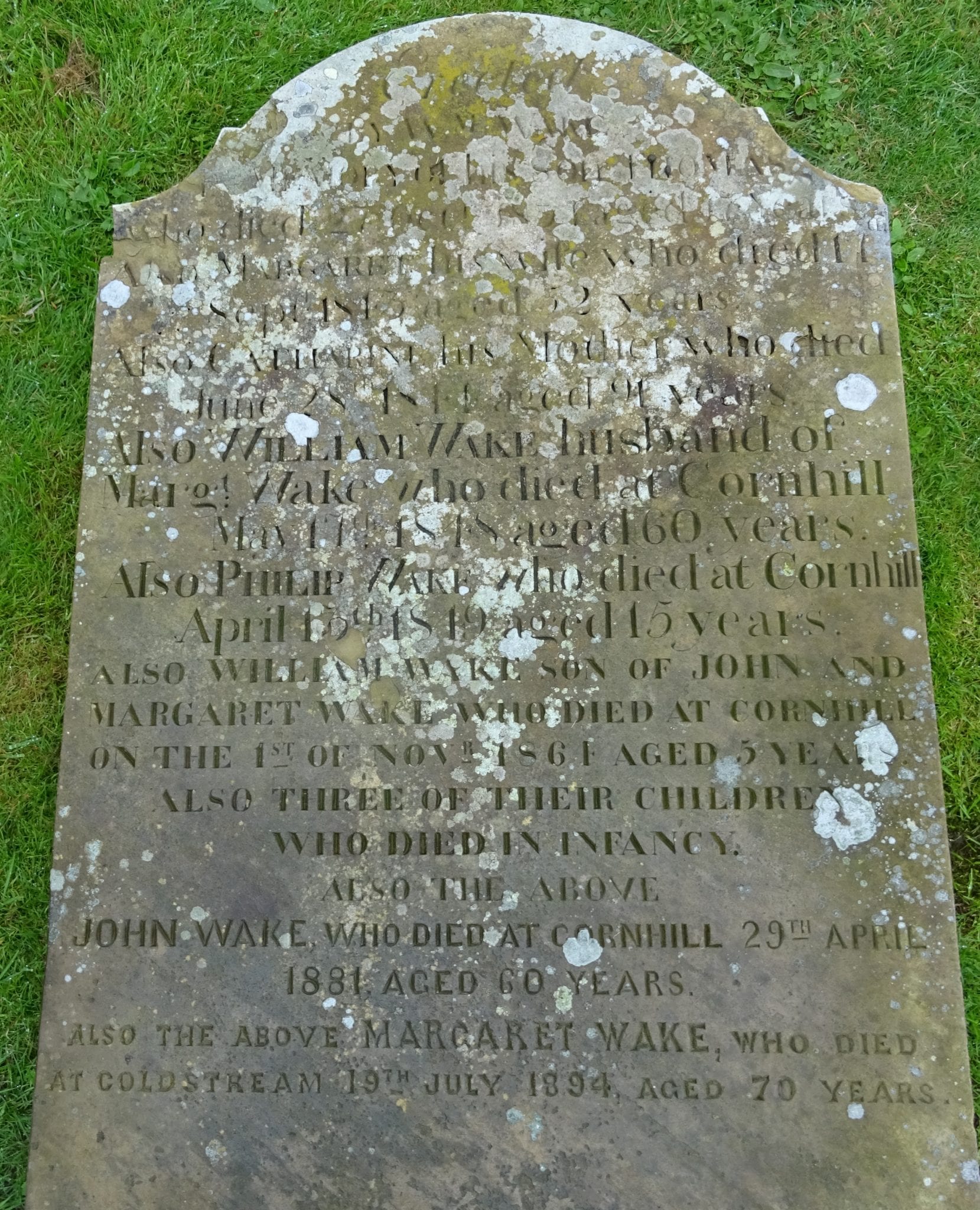