This Headsone is very dificult to read as a Yew tree is growing over it.

George Johnston was born at Fogo in 1812. In November 1833, he married Agnes Purves in Coldstream. His father was Thomas. George’s occupation in 1861 was a Market Gardener, living in 18 High Street.

This information was given by Douglas Johnston
Thomas Johnstone (b. 1791) - no siblings have been identified

George Johnstone (b. 1863) was an only child to the best of my knowledge. George served in the army with the Seaforth Highlanders from about 1881 through 1900. After the outbreak of WWI, at the age of 51, he re-enlisted in the Kings Own Scottish Borderers. He was killed in action at Gallipoli.


I hope this is what you were looking for.  If you have any questions please contact me.  I hope to visit Scotland this coming autumn or, at the latest, the autumn of 2019. I don't know how much more I'll be able to discover about my Scottish ancestors, but I'm looking forward to having the opportunity to visit where they lived. 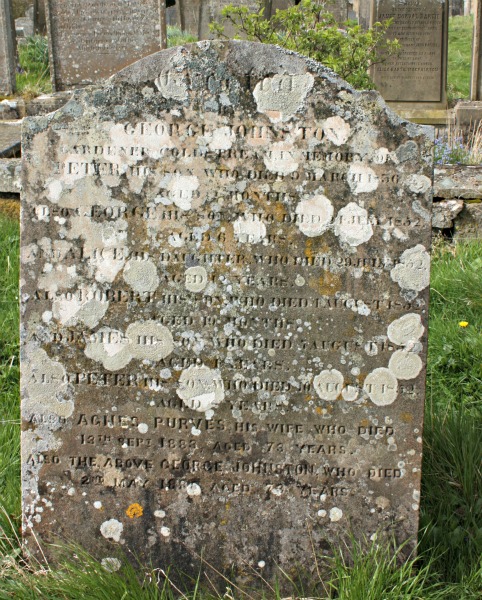 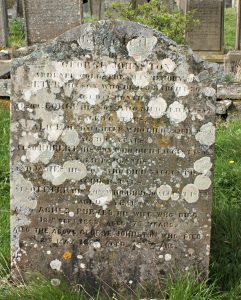