William Scott was born at Lennel New Town, his occupation a Salmon Fisherman at Tweed Mill and Lennel. George the son is described as a Fish Dealer. His wife was born in England. Daughter-in-law Margaret was a Hall Keeper and lived in the High Street at the Mechanics’ Institution. This was in 1881 but she died a year later and left one son age 15. He is later found living with his Uncle Robert and living at 50 High Street South, "Post Office". His occupation is recorded as a Foreman Shop Man/Grocer. This family was Fishermen at both Lennel Fishery and Tweed Mill Fishery. 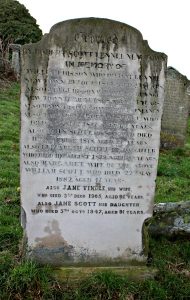