Home » Section A Left hand side of Church door – Fairbairn/Douglas

Section A Left hand side of Church door – Fairbairn/Douglas

This is information from Ancestory via Ruth kelling

FWIW, I believe that the informant, a grandson, got Andrew's father's name wrong on his death cert. I believe that "Andrew" father of the Andrew marr. to Jane DOUGLAS, is actually "George", with son Andrew being the one born 12 Aug 1815 at Chesterhall, Par. of Earlston, baptised 23 Oct. Dearly love to find a direct male line descendant for the FAIRBAIRN surname dna project to see where George married to Jane LAW 1796 (Melrose and Nenthorn) fits into the overall FAIRBAIRN jigsaw. Regards Lorna http://www.worldfamilies.net/surnames/fairbairn/pats?raw=1#GeorgeJaneLAW 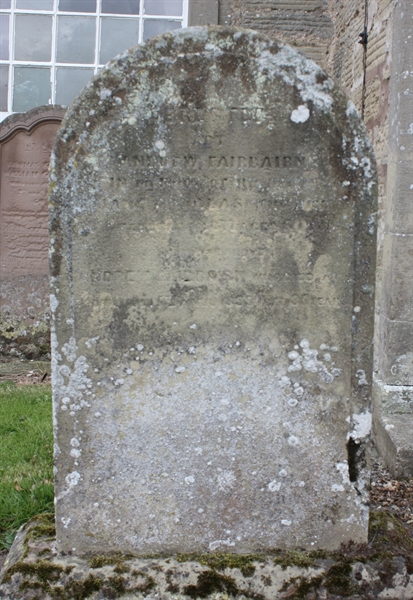 Section A Left hand side of Church door - Fairbairn/Douglas