Private J. Piercy, 13th ( Service ) Battalion, Yorks and Lancs Regiment. He was killed in action in France on 21st September 1918 during the “Advance to Victory” aged 21. He was the husband of Sarah Carr Piercy of Lowick, Berwick-Upon-Tweed and is buried in La Kreule Military Cemetery, Hazebrouk, France. His Headstone is inscibed ” Peace Perfect Peace “. The photographs show Allied troops during the advance against the retreating German army in the final 100 days of the War. 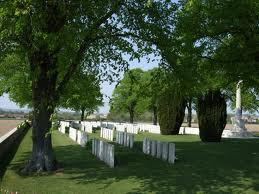 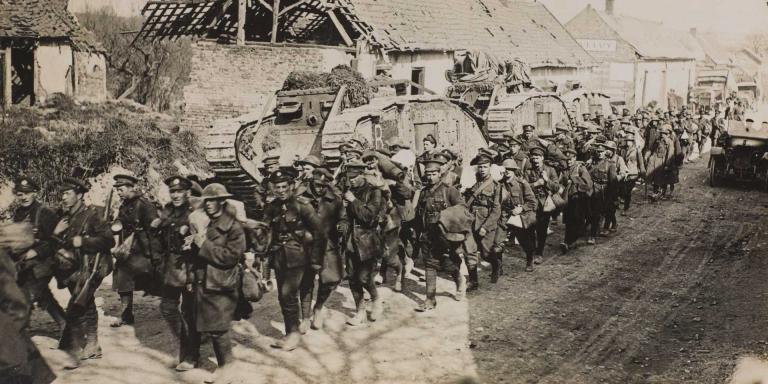 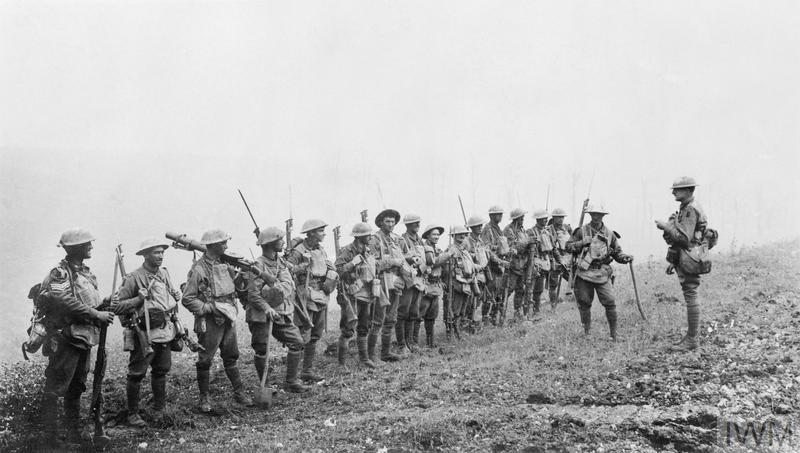 AUSTRALIAN FORCES ON THE WESTERN FRONT DURING THE FIRST WORLD WAR (E (AUS) 2790) An under-strength platoon of the 5th Australian Division is addressed by an officer during the Battle of Amiens, 8 August 1918. Despite its diminished size, the Platoon has three Lewis guns, reflecting the greater emphasis on light machine guns in the BEF at this stage of the conflict. Photograph taken near Warfusse-Abancourt. Copyright: © IWM. Original Source: http://www.iwm.org.uk/collections/item/object/205195641 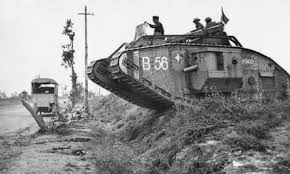 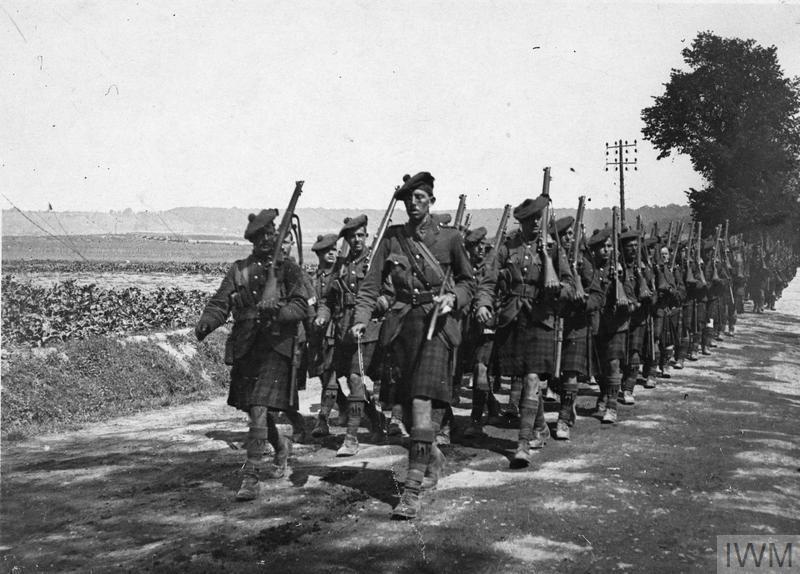 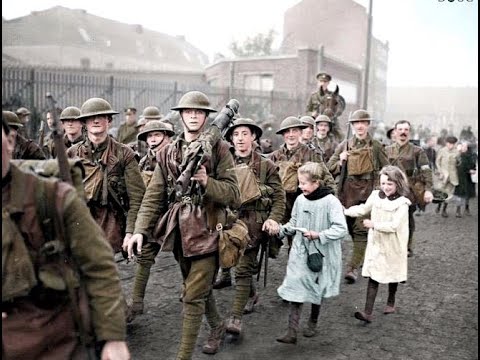