According to the 1901 and 1911 census the Logan family were at Akeld where the father, James, was farm steward. In 1911 James was 61 and his wife, Mary, 60. There were 4 sons aged between 20 and 28 and two daughters.
Sometime after 1911, the family moved to Crookham to an address known as Crookham Villa or Akeld House, Crookham.
During this period,two of the sons, Andrew and Thomas, emigrated and went to live in Canada. On the outbreak of War first Thomas and then Andrew returned to England and joined up. Thomas also married during this time.
Andrew, aged 26 in 1911 survived the war though he was wounded. A letter dated June 20th 1916 and addressed to Mr Jas Logan of Crookham states that Private A. J. Logan of the 3rd Battalion Canadians is ill at the 2nd Western General Hospital, Manchester, suffering from “Shrapnel Wound right thigh severe”.  By August 8th 1916 he is at the Canadian Division Convalescent Hospital, Woodcote Park, Epsom.
Thomas was born in 1888 and was 22 at the time of the 1911 census. He worked, like Andrew, as a land drainer and was brought up at Akeld. He also emigrated to Canada. He joined up as a private in the Coldstream Guards. He was killed in action on the 27th April 1915 aged 26.
Charles Logan was born in 1891 and was 20 in 1911. He was a horseman on a farm. He joined the 10th Battalion Northumberland Fusiliers but was killed in action aged 26 on 6th June, 1917.
Both brothers had temporary graves after they were killed and the family were deeply concerned about this. Letters indicate when the brothers were exhumed and reburied in official war graves in France.
Both brothers feature on the war memorial at Crookham United Reformed Church as members of the congregation. They are also on the memorial in Ford Church which is to the “glorious memory of men of the Parish of Ford who made the supreme sacrifice in the Great War 1914 – 1919”.
Other members of the family are mentioned in 1911. James was 28, Esther 22, and Mary 16. On the 1891 census another brother, John, aged 24 is recorded. War time letters are addressed to Mr Jas Logan,  Mrs Logan and  to Esther Logan the brothers’ sister. She is described as an auxiliary post woman based at a post office. Whether she worked at Crookham post office is not known.

Below is a letter from Tom to his sister Esther who lived in Crookham.
Most of the letter is about a parcel from home going missing. Tom had returned from Canada to fight and he mentions family in Canada. John is his elder brother.
Once out in France, time must have meant little. He does not realise that Easter is approaching.

March 30th 1915
Dear Esther
Just a line or two which I hope will find you all in the best of health as it leaves me just now. I got your letter yesterday dated the 26th.I am so sorry that the parcel that Mr Bert(?) had sent is not yet turned up. I have given up hopes of ever getting it now, it’s a downright shame that parcels should go astray like that. I wrote him a few lines four days (ago) just to say that the parcel had not turned up but I said that it might come yet but I don’t think there is any chance of it coming now so I will have to write to him again and tell him that it must be lost. It’s too bad. He said that he was sending on another one the following week but its not much use sending parcels for some other one to reap the benefits of. I had a small parcel from Bessie last Friday and a letter. I also had  a letter from John. He is getting along alright and so are the folks out in Canada. Bessie sent some writing paper and socks. Handkerchiefs (and) socks are a thing which I don’t need.We get plenty of all that and I think I have writing paper to last six months.
I hope you can send me some easter eggs, they will come alright boiled. I never thought that easter was so near until you mentioned it in your letter. Well I will have to close now hoping this reaches you safely. With love to all.
From Yours (?)
Sincerely Tom

7073 Pte J Mitchell
3 Coy 3rd Coldstream Guards
British E Force
29.4.15
Dear Mrs Logan
It is with sorrow I pencil these few lines informing you that your dear son Tom was killed in action on the 26th April, he was a thorough gentleman and a proper hero and is sadly missed here by all his comrades and I myself grieve over the loss over a true and staunch friend.
I saw him laid away in a nice respectable corner where a few more of our heroes lie.
We went into the trenches on 25th April and during the 48 hours I was in I think it was the roughest experience our Company had had in the campaign. We were bombed and shelled continuously during the night of 25th and on till midday 26th. Then things slackened and remained quiet until about 10.30pm and we both fell asleep until 10.30 when over comes a couple of shells which woke us up. We got on our feet and prepared for any emergency. We were quite watchful and about five minutes after we thought shelling had finished and were just on the point of having a little to eat when we heard a report of (a) German gun. Tom said “Look out Joe here’s another”. We both dropped flat in the trench and the shell burst just over Tom’s head and he called out “I am hit in the hand” I got on bandaging his hand and had almost finished when he seemed to curl up and exclaimed “my dear wife”. With that, poor chap, he expired. We examined him a little later and found a small wound in the head and I am afraid that was the cause of his death, coupled with the shock of (the) explosion. My comrades and I join in sending our deepest sympathy in this sudden and sad bereavement and pray that God will give you strength to overcome this severe trial
I remain                                                                            Yours in sorrow                                                                          Pte J Mitchell.
P. S. I sent a few lines to poor Tom’s wife also a few odds and ends I thought she would like.

The letter dated 29.4.15 is written by a friend of Tom’s. Often a friend’s letter reached home before the official communication. 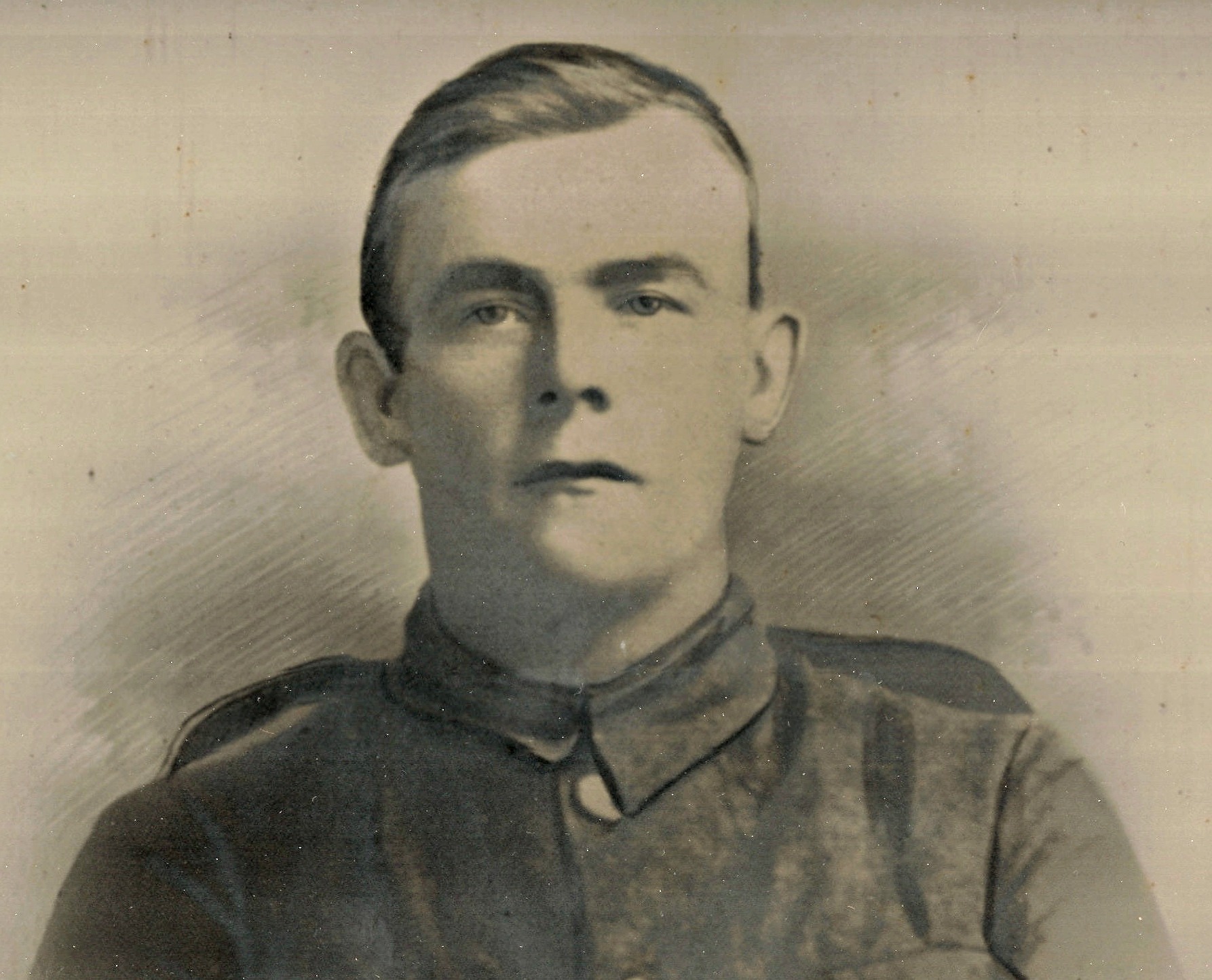 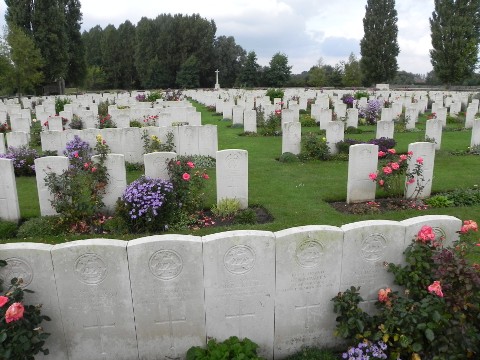