Second Lieutenant Bernard Vernon Gordon, 63 Squadron, Royal Flying Corps. He was killed in a flying accident, aged 18, on 14th December 1916 and is buried in Ancroft ( St Anne) Churchyard, Ancroft. He was the son of K.G. Gordon and the late Thomas Gordon of Linden Chase, Sevenoaks, Kent. He died whilst in training in a Squadron B.E. 2E , Serial No. 7244. 63 Squadron was formed at Stirling in August 1916 as a Training and a future Day Bombing Unit. 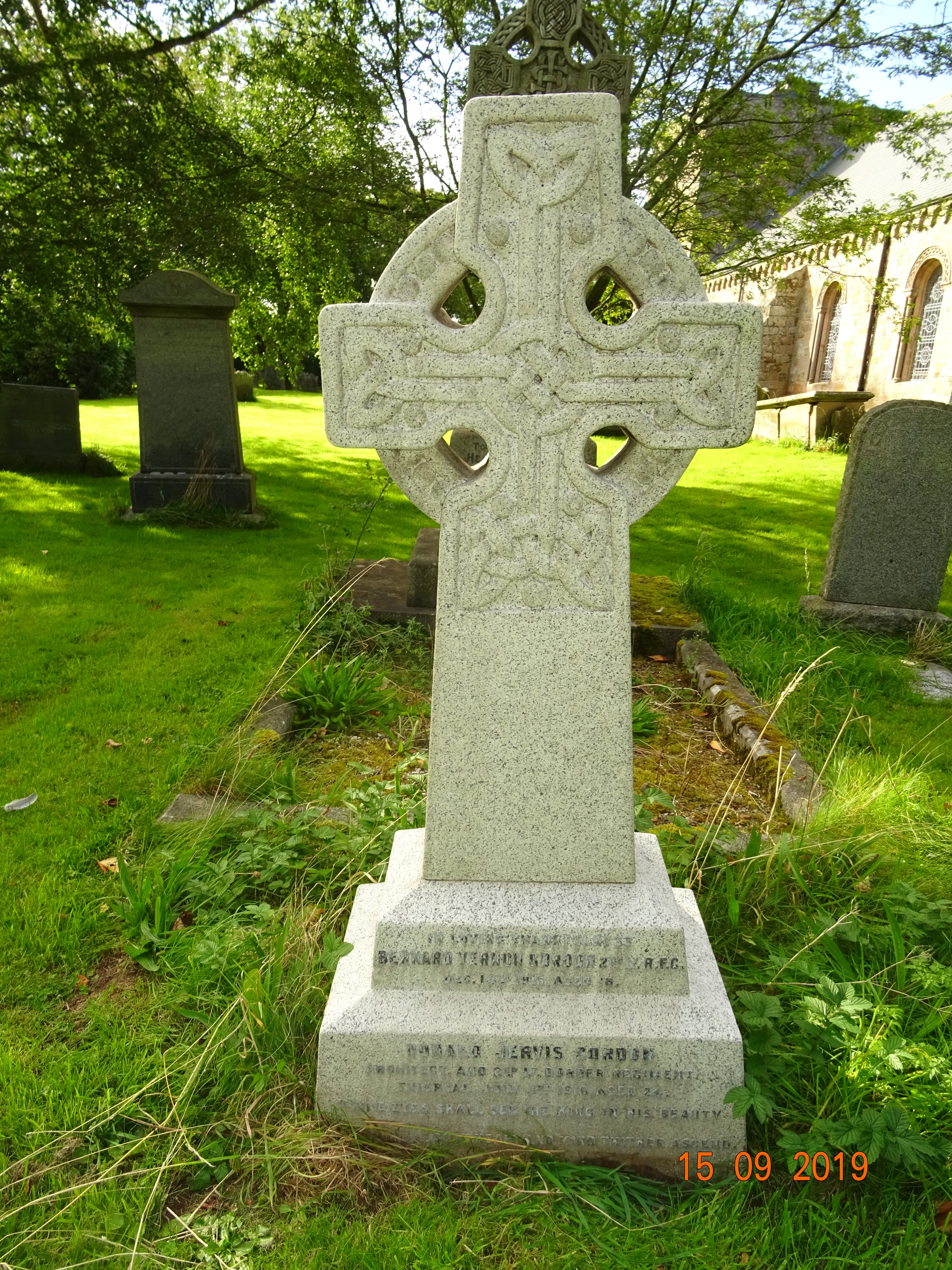 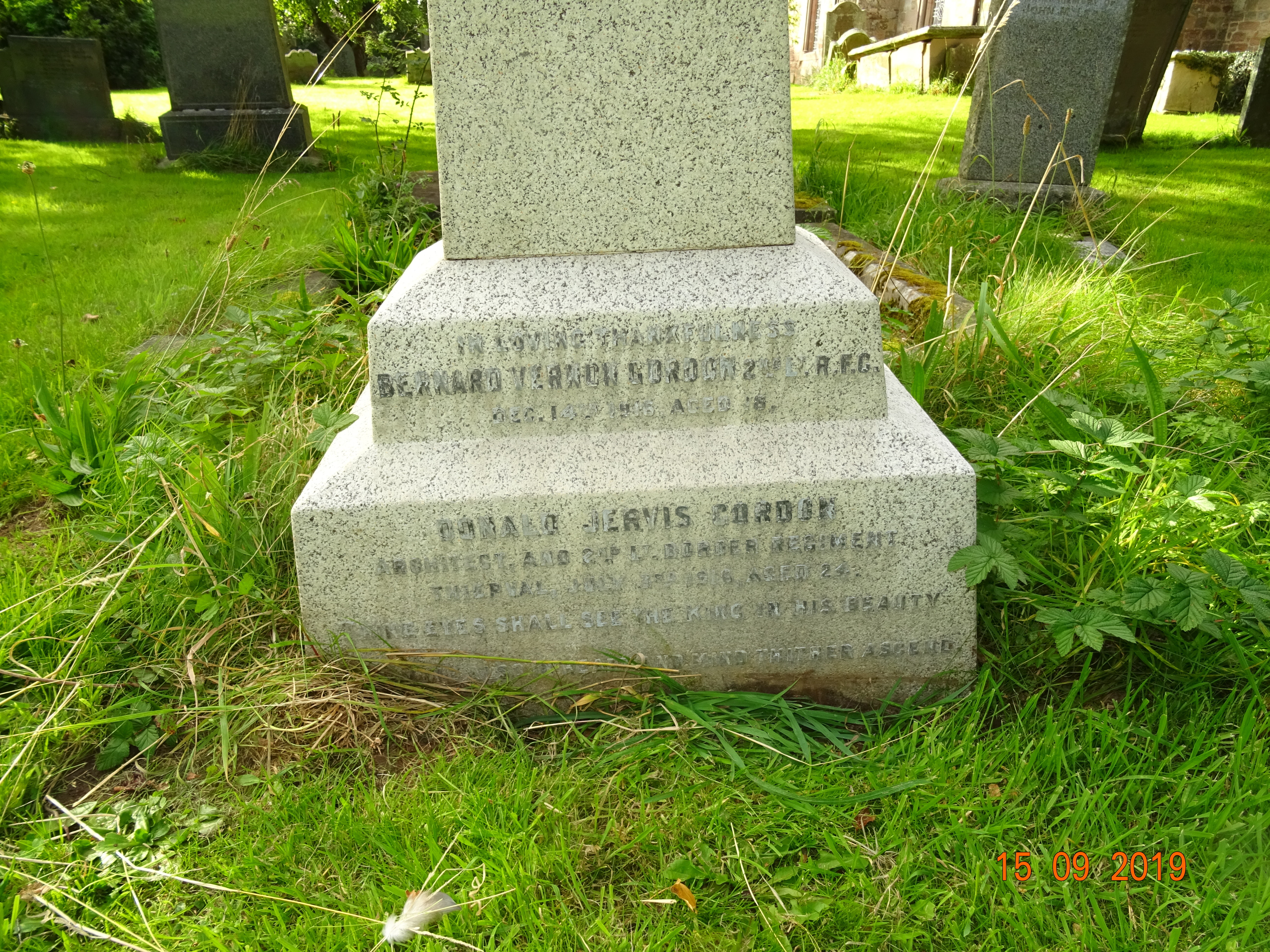