Erected by William and Jane HENDERSON in memory of George their son who died August 23rd 1862 aged 8 years,

Also William Easton HENDERSON their son who died at Matlock .

Also the above Jane HENDERSON who died at Norham September 1st aged 64 years. 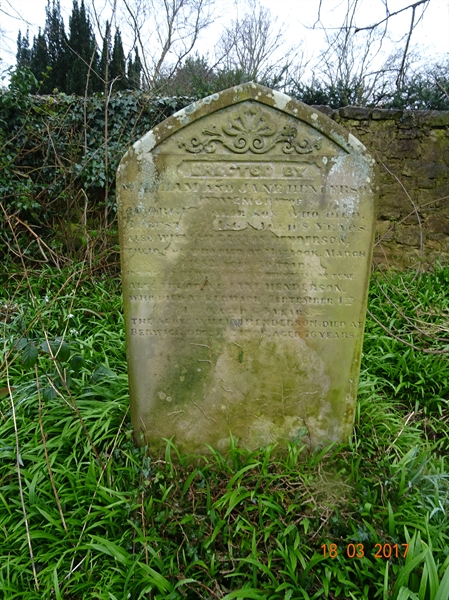