Sacred to the memory of George SMITH who died at Ancroft 18th January 1869 aged 58 years.

Also Grace Anne wife of the above who died 21st September 1880 aged 69 years. 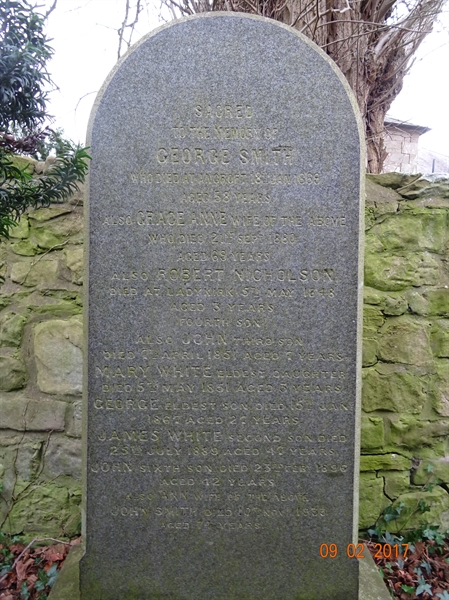