Erected by ADAM THOMPSON the Hirsel in memory of his daughter MARION wife of RICHARD WATSON who died at Coldstream 14th July 1881 aged 27 years.

“She was beloved of all and cut down as a flower”

Also DOROTHY DUNN wife of ADAM THOMPSON who died at Quarry house Hirsel 9th May 1892 aged 68 years. “The Lords will be done”

Adam Thompson was born at Dunbar, East Lothian and was an Estate Servant Miller. He lived at the Quarry House. In 1901, also living in the house was Margaret Litster who was listed as a Housekeeper. The ‘Berwickshire News’ of 1881 listed Marion’s death as a very sudden one. Richard Watson was listed as groom. 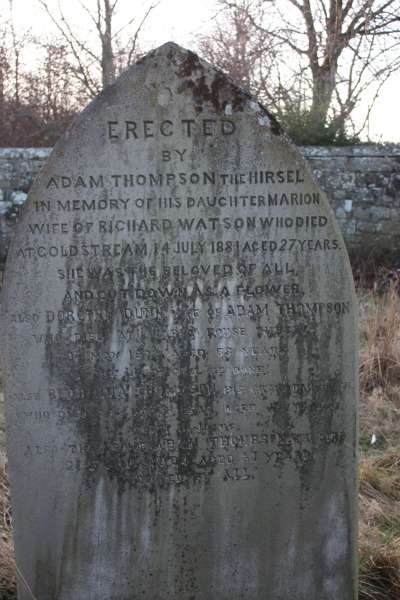 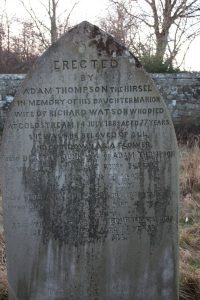