Henry Taylor was born at Smailholm and lived at Cockburn East Field Cottage no. 2. His occupation was a shepherd. His wife Elizabeth was born at Morebattle.

A discussion with a descendant of the Taylor family, Francis Thomas Mount, living in December 2011 at 3, Lees Mill Drive has cast further light on this headstone. Margaret is not actually buried at Lennel but in Milton in Sittingbourne, Kent. She married a Mount and became Margaret Jean Mount and moved to Kent to live. Also there are children that are buried here but are not mentioned on the headstone. This is one example of a headstone that does not quite tell the full story. Henry the son was referred to as ‘Hen’. 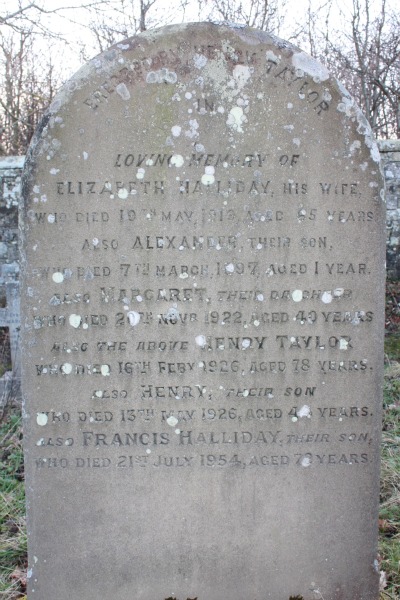 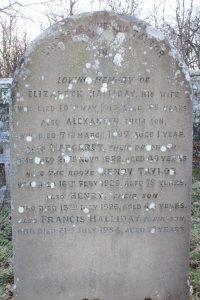