There is an ablong part halfway down the headstone which is chiselled out.

Robert Boston was born at Coldstream and he lived at 51 High Street. This was a large family: Robert Boston 43 Jane Boston 39 Margaret Boston 15 James Boston 12 Robert Boston 10 William Boston 8 Jane Boston 6 Esther Boston 3 Archibald Boston. All these dates are from the 1861 census. 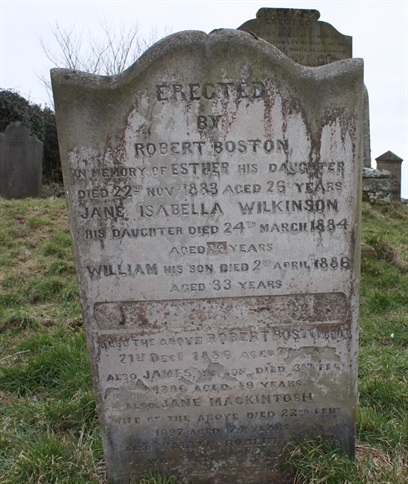 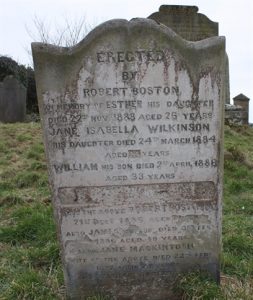