Margaret Brown was born at Coldstream, her occupation a Washerwoman and her father was a Joiner who lived in 41 Duke Street

Death of Mrs Kerse—Death is announced of Mrs Margaret Kerse aged 77 years, who for 34 years had successfully carried on the Besom Hotel in High Street. She was well known all over the Borders. The widow of William Kerse mason she is belived to have been the first woman in Scotland not brought up to the trade to be granted a licence. 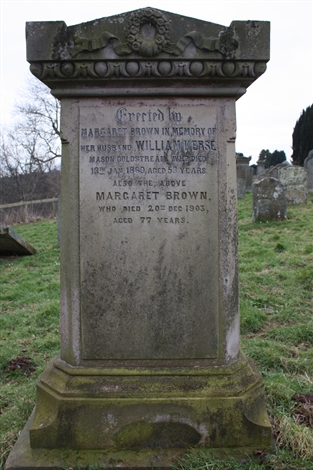 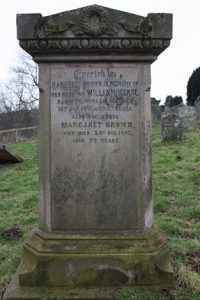