Erected in memory of ALEXANDER CHISHOLM who died at Coldstream June 24 1847 aged 60 years.

Alexander Chisholm was born at Coldstream, his occupation a Grocer and he lived in Duke Street. His wife Margaret was born in Berwickshire. 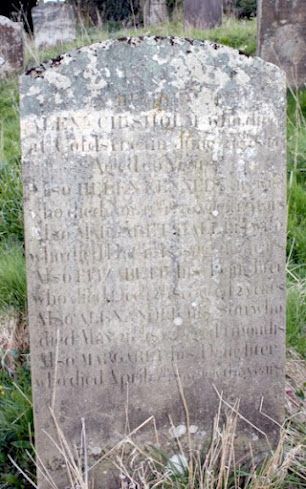