In memory of JAMES WOOD who died at Edinburgh 6 August 1867 aged 57 years.

Also CHRISTY GUTHRIE his wife of the above who died at Newcastle on Tyne 12 June 1875 aged 63 years.

Interred at the All Saints Cemetery Newcastle on Tyne

James and Christiana Wood lived in Market Place Coldstream in 1841.  James was a shoemaker.  They had children William, John, Mary, Margaret and Christiana. 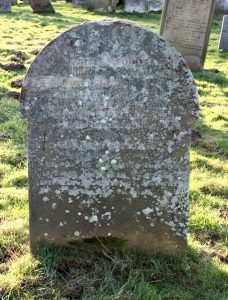