(Erected by surviving children as a token of filial affection). 1850.

John Aitchison was born in Berwickshire, occupation Labourer and he lived in Abbey Street. Robert Aitchison was a male servant working in stables in Englefield Green in the 1841 census 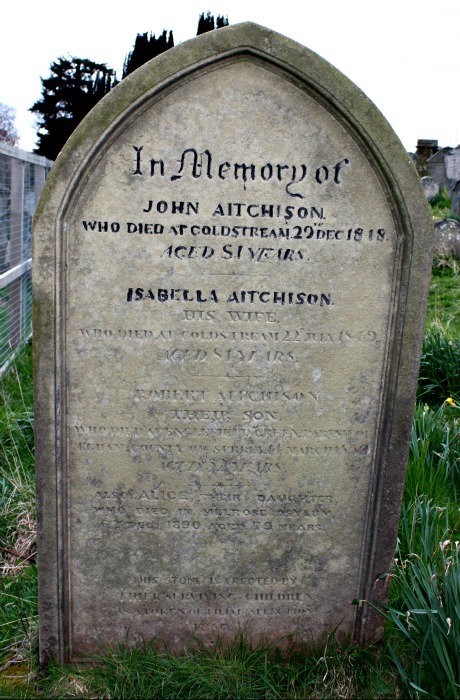 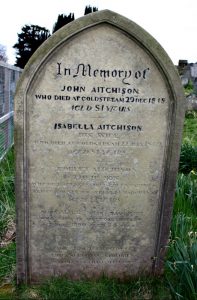