John Allison was born at St Andrews, Fife, occupation School Master and he lived at the School House. Wife Janet was born at Coldstream. In the 1871 census it was described as the ‘Parochial School Master’. In the 1861 census, they had 4 children Alice Rannie daughter age 7, Mennie Rodger age 5, Janet age 3, Isabella Nesbit Allison, age 1, all born in Coldstream. In a later census they did have 4 more children, Mary Eliza born 1872, John born 1873, Elisabeth Rannie born 1875 and Elisabeth Rannie born 1879. The School house had 8 rooms. It was situated next to Wellington Terrace which is long gone. 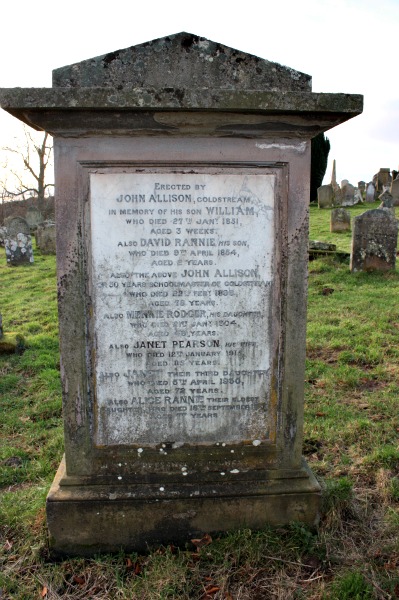 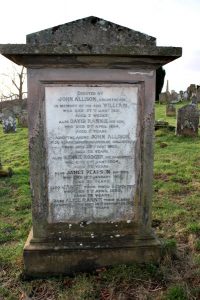