Sommerville Mercer was born in Kelso . His wife Jane was born in Chirnside  they lived  29 High Street he was a Boot Maker. His daughter Ann was his Assistant 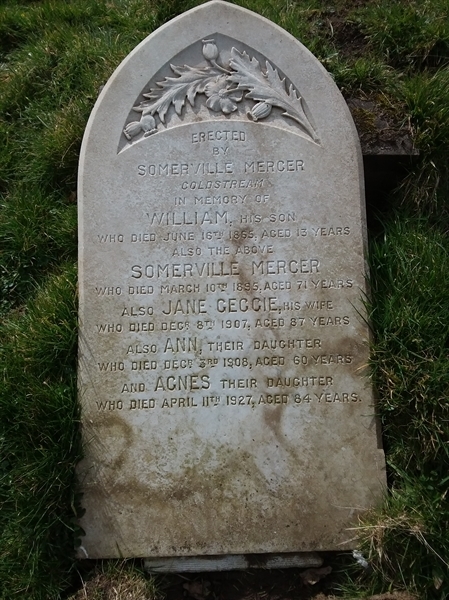 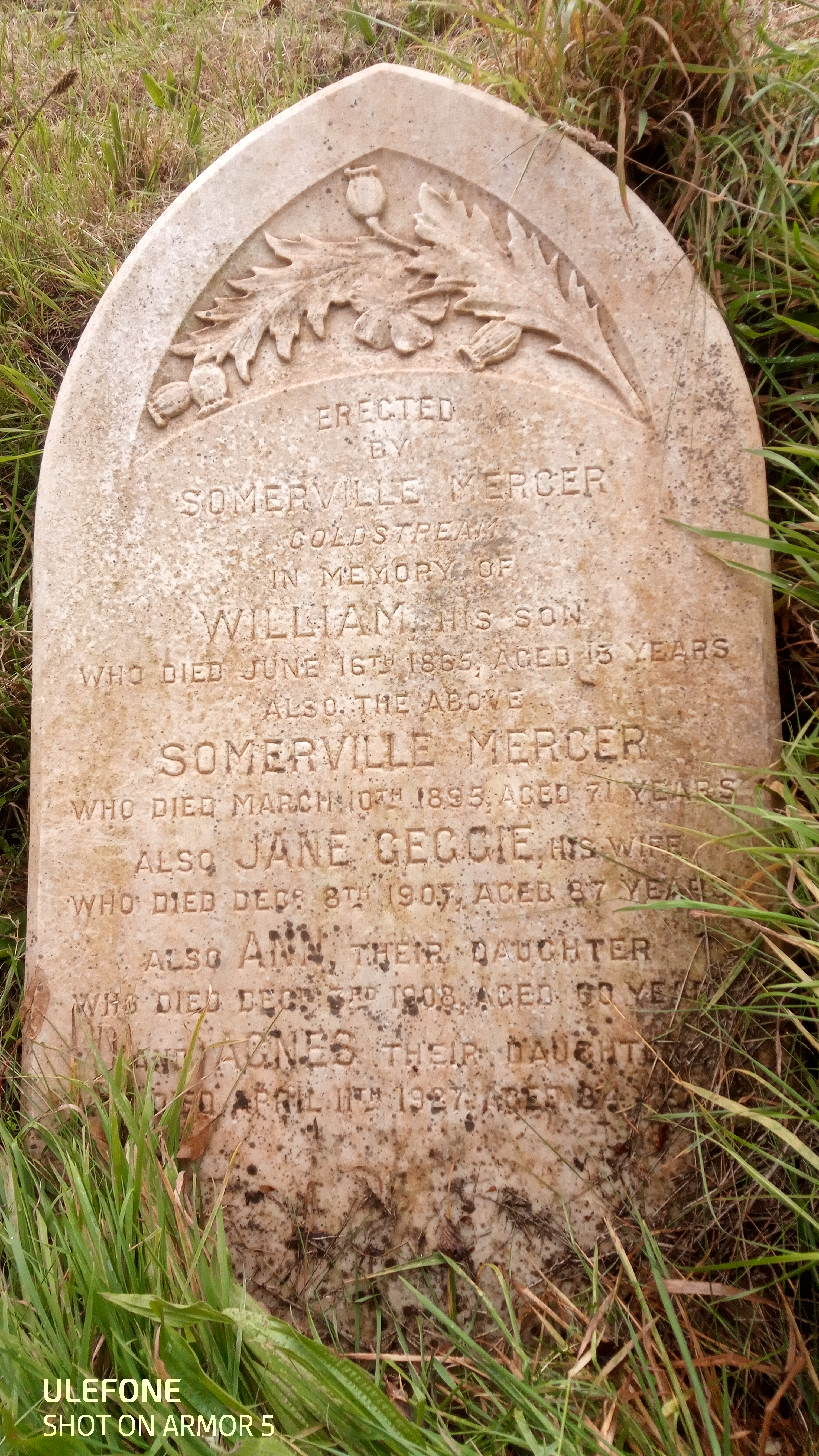