(Large Obelisk with front inscription on white tablet, east side) 1881. In memory of RICHARD HENDERSON of the Academy Coldstream who died 17 April 1862 aged 62 years. (Next piece of text unreadable) And of ELIZABETH YOUNG his wife who died 3 May 1862 aged 68 years. Affectionate remembrance of their consentious, amiable and kindly character of long their Christian worth of the passed away and the sincerest of all that knew them. (On north side) Here are also interred their children – THOMAS who died 1 May 1834 aged 5 years. Also RICHARD who died 23 October 1838 aged 10 months. JANE MARGARET who died at Edinburgh 7 August 1894 aged 52 years. ELIZABETH ROBERTSON who died at Edinburgh on 7 February 1895 aged 68 years. JESSIE TELFER who died at Yetholm 7 October 1901 aged 71 years. (On south side) MARGARET YOUNG sister of ELIZABETH YOUNG who died at Coldstream 25 April 1881 aged 85 years. ADAM YOUNG (son of RICHARD HENDERSON) who died at Edinburgh 22 March 1903 aged 69 years. (On the east side base) Be thou faithful unto death and will allow the crown of life). He was appointed to Parochial School but in ???? gave up his wordly all for conscience sake joined the Free Church of Scotland. Afterwards he conducted a private academy with great usefulness and success. 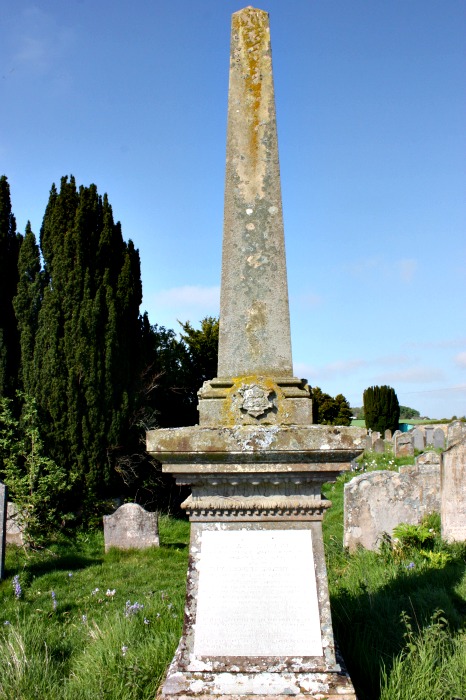 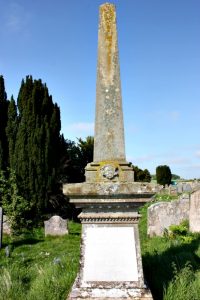