Erected by WALTER REDDEN in memory of his daughter HELEN who died at Coldstream 15 June 1859 aged 3 years.

In 1861 Walter Redden lived with his wife Christina at 10 Duke Street.  His occupation is shown as a House Carpenter Journeyman.  Living with them are their children Christina H (6), Henry (2) and Thomas M (10 months). 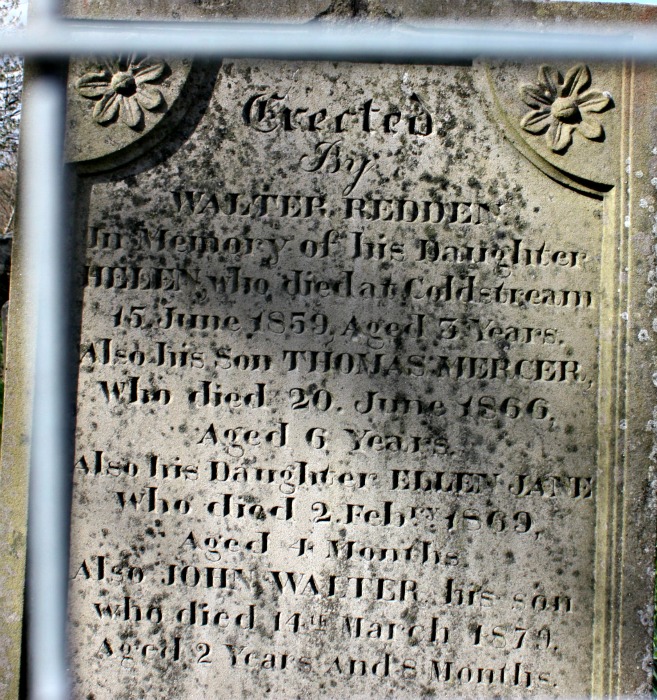 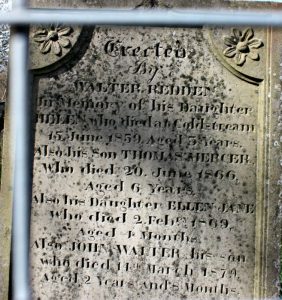