‘IHS’ – In memory of JAMES BARTIE McLAREN son of Captain A.D. McLAREN Berwickshire Regiment of Militia who died at Coldstream on the 12th September 1824 aged 13 months. Also of ROBERT MAXWELL another son who died 4 November 1833 aged 2 ½ years. Also in memory of JOHN WRIGHT father in law to Captain A.D. McLAREN who died at Coldstream 18 May 1824 aged 65 years. 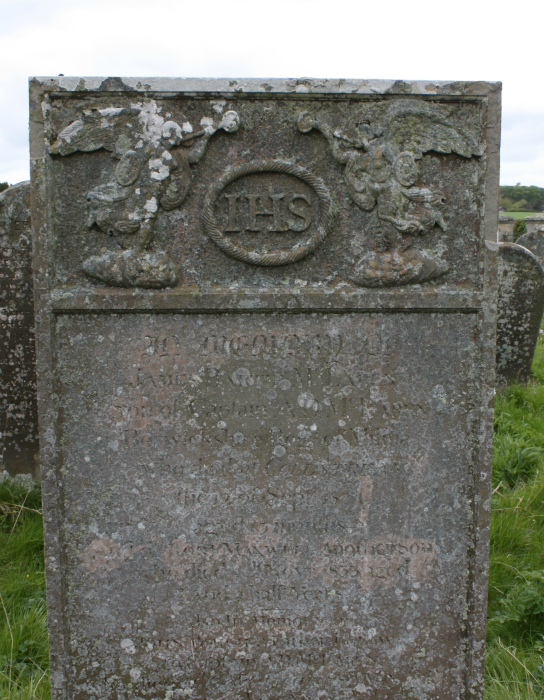 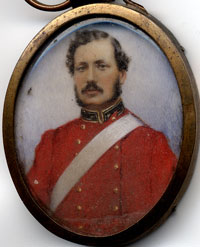