Erected by JESSIE FORD in memory of her husband ANDREW FORD plumber who died at Coldstream on 27 February 1858 aged 40 years. Also ELIZABETH their daughter who died 24 September 1852 aged 7 years. The above JESSIE FORD who died February 3 1867 aged 44 years. Also ALEXANDER FORD their son who died 1 February 1880 aged 39 years. Also ABEL LANGMACK wife of the above who died 5 January 1921 aged 84 years.

Andrew Ford was born at Edinburgh and lived in East High Street. His occupation was a Master Plumber. His wife Jessie was born at Kelso. In 1871, son Alexander lived 41 High Street South Side. He was also a plumber employing 2 men and 1 boy.

It appears that the LANGMACK family first came to the Hirsel house as a Baker they are mentioned in the census for 1881. Born in England. In the 1901 census it says born in Germany 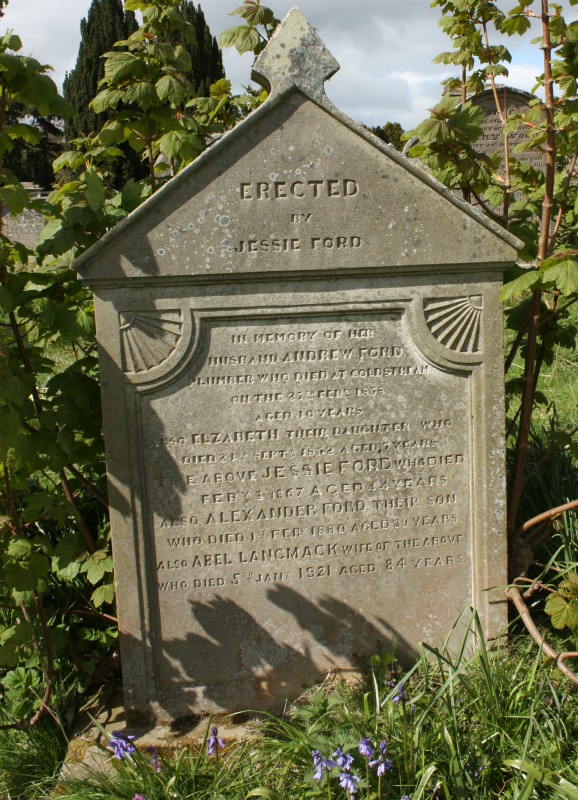 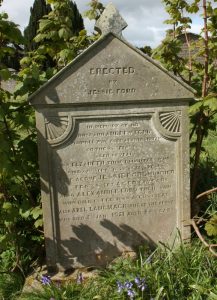