Sacred to the memory of JEAN DAWSON wife of WILLIAM COCKBURN New Coldstream who died at Edinburgh 5 December 1823 aged 61 years. Also the said WILLIAM COCKBURN who died 29 November 1839 aged 78 years. Behold I take away from Thee the Disire of Thine Eyes with a Strock.

Oh happy is the man and blessed whom Jacob’s God doth aid whose hope upon the Lord doth rest and on his God stayed. 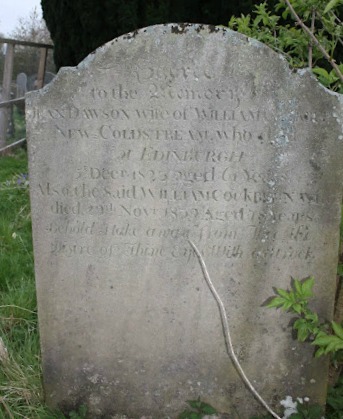 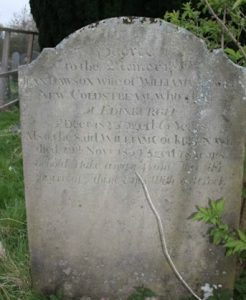