Matthew James Turnbull was born in Coldstream in1825, the son of Matthew Turnbull, the surgeon and his wife Eleanor Weatherly.
He studied medicine at Edinburgh University. According to the Medical Register he became a Fellow of the Royal College of Surgeons in 1845 and an M.D in 1846. After qualifying, he joined his father in the practice in Coldstream, eventually taking over when his father retired – at some point the practice was extended to include Dr Henderson and Dr Dobie.

In June 1854 he married Janet Eleanor Bedford at Christ Church in Ealing, she died of heart disease in 1857. In June 1861 he married Sophia Oliver of Lochside House – she died in June 1877 aged 51. Lastly at the age of 59 he married Jane Robertson, daughter of an Army captain, in Edinburgh in March 1885, she died aged 59 in July 1886.
There were no children from any of his marriages – all his wives are buried in the churchyard at Lennel. Initially he lived at what was once number 9 High Street, later moving to Tweed View further east along the High Street.

He died on 10th January 1894 and chose to be buried in the same plot as his parents in Lennel churchyard. The following is an extract from his obituary:

The ‘Scotsman’ of Tuesday contained the following notice of the late Dr Turnbull:
On Saturday in the churchyard of Lennel, the grave closed over the remains of the late Dr Matthew James Turnbull of Coldstream, the funeral in accordance with the express wish of the deceased, being a strictly private one. Although originally a robust, heavily built man, Dr Turnbull for many years was not at all in good health, and somewhat more rapidly than was expected, he succumbed to illness affecting various internal organs.

The son of a medical man, Dr Turnbull was born in Coldstream in 1824 and received his education in his native place. He commenced his medical studies at Edinburgh, and attended lectures both at the Surgeon’s Hall and the university, he took the degree of M.D in 1847.  Dr Turnbull returned to Coldstream where he established a very considerable practice. His pursuit of his profession was characterized by enthusiasm and he was painstaking to maintain its high standard, and his excellence as a practitioner was recognized by many. He did not publish very much, but one interesting paper by him appeared in the Edinburgh Medical Journal on lead poisoning – a subject which was suggested by him by the circumstance that a boy had swallowed a lead bullet.

He was a J.P, medical officer of the Berwick Board of Guardians, and a parochial representative of Coldstream in Berwickshire C.C. He was a man of striking presence and strongly marked individuality, and he had a genial manner, which was expressed in ready wit. He dispensed the most liberal hospitality at his board, and he was a most punctual man, his habits of punctuality amounting almost to eccentricity. By his death, perhaps the best known figure in that part of the country has been removed. He was thrice married, but had no children and died a widower. 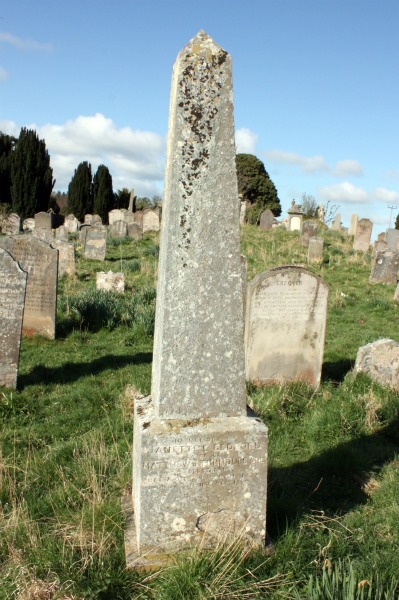 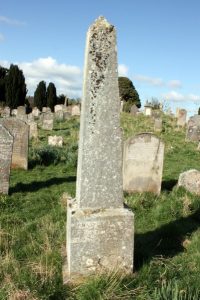