(Against the east wall) In memory of MATTHEW TURNBULL surgeon and of ELEANOR WEATHERLY his wife. And of MATTHEW JAMES TURNBULL MD FRCS JP died 10th January 1894

General Medical Practitioner. In 1881 he lived in 19 High Street “Tweed View”.  In 1891 he lived at 21 Tweed View. Also in the house at that time was Elizabeth Brodie who was born at Stronsay, Orkney, Catherine J. Kinghorn age 26, who was born at Dunglass, Haddingtonshire. Her occupation was a Table Maid Domestic Servant. There was also Mary S. Whun who was born at Gatehouse, Kirkcudbrightshire and her occupation was a Nurse Maid Domestic Servant.
Matthew J Turnbull’s father, Matthew Turnbull, was also born in Coldstream and he was also a Medical Doctor (Edinburgh University). He lived at 13 High Street (This was in 1861).


Matthew Turnbull was born at Leehouses and baptised at Yester in East Lothian in 1791, the son of a farmer James Turnbull and his wife Elizabeth Robertson.

He studied medicine at Edinburgh University and after being licensed in 1809 by the Royal College of Surgeons, in Edinburgh, set up in practice in Coldstream. In 1821 he married Eleanor Weatherly of Belford, previously of Outchester farm in the parish of Bamburgh.
A son, Matthew James was born in Coldstream in October 1825.

The family lived at what was then, number 13 High Street West, and at some point Matthew purchased the Commercial Inn also on the High Street.  His wife Eleanor died in 1841. The following year he married Eliza Johnstone a doctor’s daughter from Dunbar. In addition to his duties in Coldstream, he was appointed as medical officer for the Cornhill district of the Berwick upon Tweed Poor law Union, following a glowing reference from the Glendale Board of Guardians in 1853. ‘ And I have further great pleasure in bearing testimony to Dr Turnbull’s qualifications as a medical officer, his duties are faithfully and honestly performed……….I am quite sure if the Poor Law Board of your Union will confirm his appointment, the Guardians will never have reason to regret having made it’.

Matthew was joined in the practice by his son, and in retirement, he and Eliza moved to Belhaven, where he died on April 5th in 1866.

The late Dr Turnbull: The remains of M Turnbull who died on Thursday at Belhaven were on Tuesday brought for interment to Lennel churchyard near Coldstream. For half a century Dr Turnbull had practised in this town with very great skill, devotedness and success, giving full satisfaction to his many patients and their friends, and gaining in a rare degree the confidence of the public. The sphere of his professional labours was extensive and they were often of a burdensome and exhaustive description: but he had more than the requisite zeal and energy, along with an admirable promptitude for critical cases, though these qualities were associated with a peculiarly dignified and quiet demeanour. His few words gently, but decisively, secured obedience, and he was equally sparing of drugs.

A few years ago he sought a richly earned repose for the evening of his life, and removed to Belhaven, leaving his large and growing practice in the hands of an accomplished son; yet that he was not forgotten in the scene of his fifty years toiling, is proved by the sad sensation with which the inhabitants of Coldstream heard of his death and witnessed on Tuesday, the last honours paid to his remains. His life was marked by a deep but unostentatious piety. For many years Dr Turnbull had been a staff-surgeon in the Berwickshire Militia. 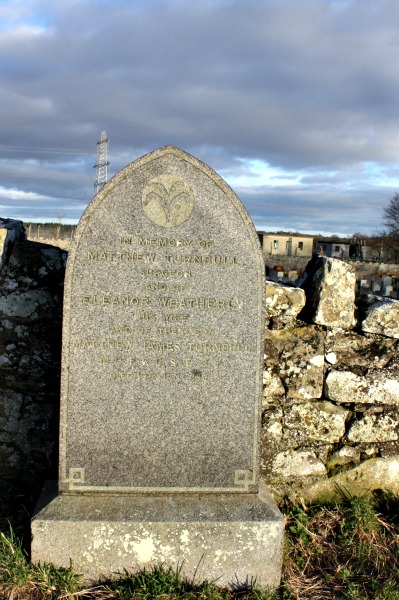 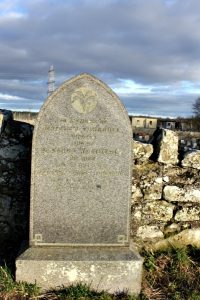