Re information on your site about James Lyon DFC who is buried at Lennel. I would like to provide the following information.
James Henry Scott Lyon DFC was a young Australian from Sale in Victoria, who enlisted into the RAAF in 1941 and then joined the RAF after training.  He flew Lancaster bombers on operations with No.9 Sqn over Germany and was awarded the DFC for bravery.
In October 1943 he married a beautiful young woman from Coldstream, named Margaret Bruce.
Margaret's father, Jock Bruce was a postman in Coldstream, and the family lived in the market square.
After operations Jim Lyon was posted to 11 Op Training Sqn and on 15th March 1944 the Wellingtonn bomber he was piloting was involved in a mid air collision and crashed in Buckinghamshire, and all crew were killed.
Jim Lyon was buried with full military honours at Lennel.
At the time of his death Margaret was pregnant, and in September 1944 a son James Rowland Scott Lyon was born in Coldstream.
After the war Margaret met another Australian,Pat Mehan and the family settled in Australia.
Margaret Mehan went on to have three more children, and I am her second son. Her first son James Lyon now lives in Adelaide SA, and is still very proud of his father.
Margaret passed away in Perth Australia in 2009. 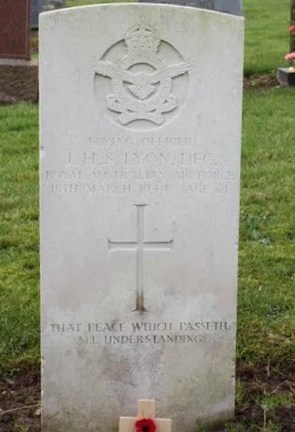 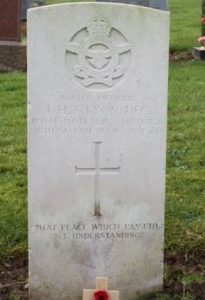