For 63 years in the employment of the late DAVID MILNE HOME  of Milne Graden and his family.

Also TOM FERGUSON the much loved son of the above THOMAS and MARY RENTON who died at Cologne, Germany 24th July 1919 in his 23rd year.

Son of Thomas and Mary Renton of 8 Atholl Terrace, Edinburgh.

Headstone inscription  ” The Dearly Beloved Only Child of Mary Renton So
Loved, So Mourned”.

Suggest he was part of the Occupation Forces as Cologne was in the
British Sector. ( Spanish Flu perhaps 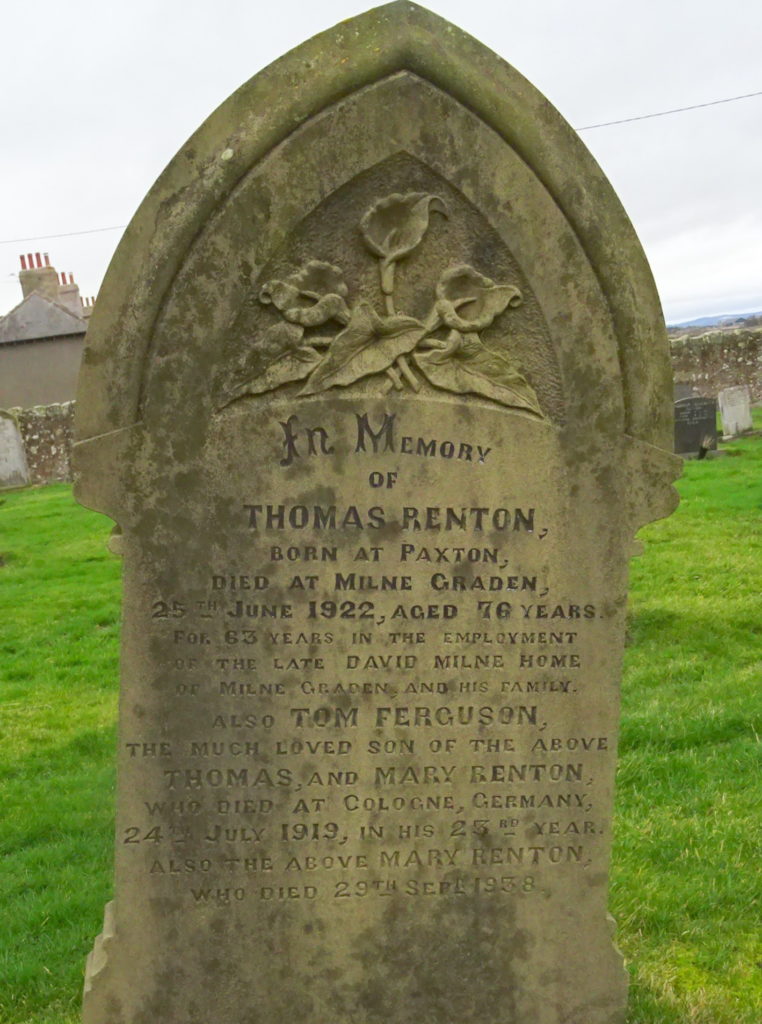 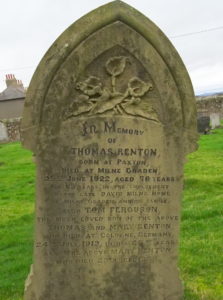