Lieutenant William Findlay Robertson Dobie, 1st Battalion, Gordon Highlanders. He was killed in Belgium on 14th December aged 27. He was a Regular Soldier and the son of Dr and Mrs D. Robertson of Earncliff, Crieff, Perthshire. He is buried in Irish House Cemetery, Kemmel, Flanders, Belgium. He is not listed on Coldstream War Memorial but as he had been born in Coldstream we felt he should be included here. He fell in an attack in support of the French which had the objective of capturing Messines Ridge. The Battalion objective was Maedelstede Farm on the Kemmel- Wytschaete Road. The artillery bombardment only last three quarters of an hour and the attack in the face of unsupressed machine gun fire failed. with heavy losses. Lt Dobie was posted missing presumed killed along with two other Officers. Other Rank losses were 120 killed and 123 wounded. 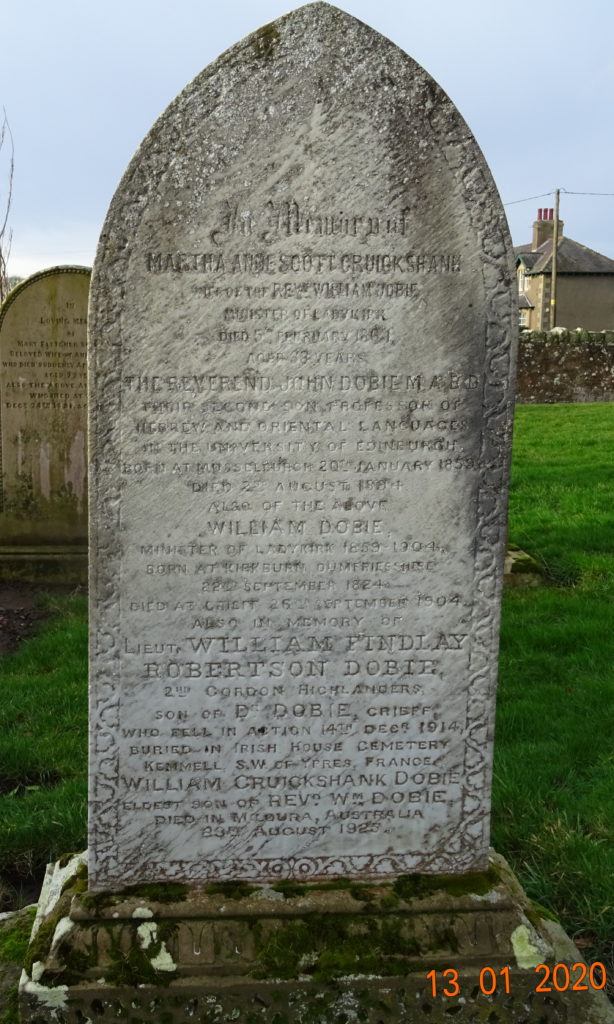 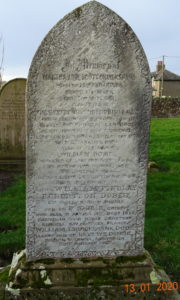