To the memory of PETER BERTRAM Bellmount who died 30th January 1869 aged 50 years.

Also WILLIAM BERTRAM son of the above who died 28th December 1862 aged 8 years and 4 months. 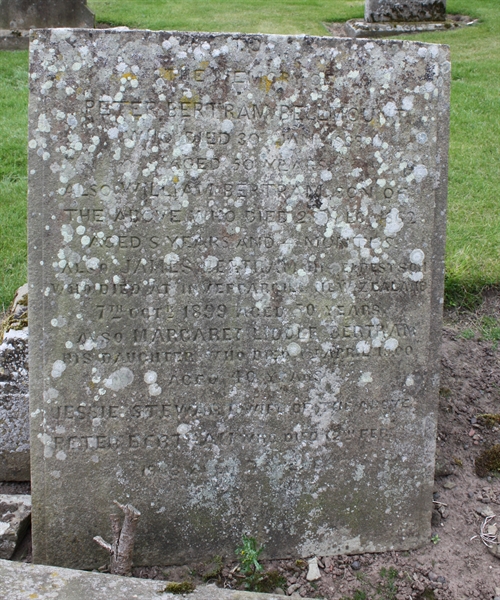