In memory  of ALEXANDER PRINGLE for 40 years Steward at Lambden who died at Wislaw Mill 25th November 1886 aged 82 years.

Alexander was born in Swinton. He also lived at Wiselaw Mill in Berwickshire.

Ann his wife was born in Ayton Berwickshire.

Also at that time her mother was living with them Anna McColl. She was born in Foggo 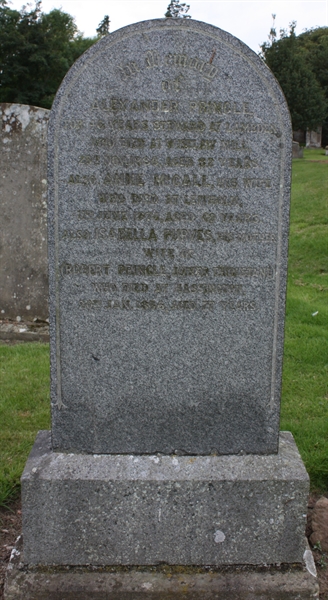