And also ELIZABETH, youngest daughter of the above who died 1st May 1950, aged 54 years.

MARGARET LOWRIE was born in April 1857 in Horncliffe, Northumberland. She had four sons and six daughters with James Chisholm Hope between 1880 and 1901. She died in March 1922 at the age of 64.

When Elizabeth Hope was born in 1896 in Oldhamstocks, East Lothian, her father, James, was 40, and her mother, MARGARET, was 39. She had four brothers and five sisters. 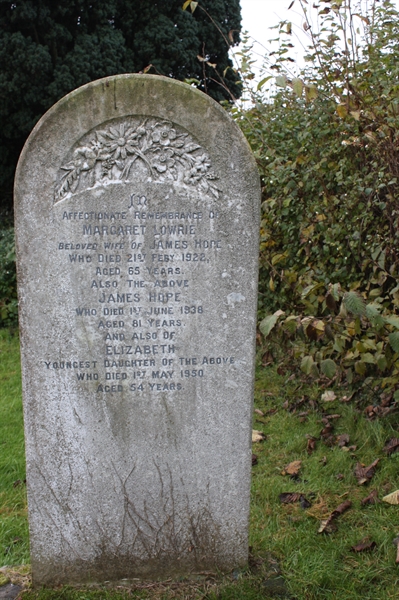 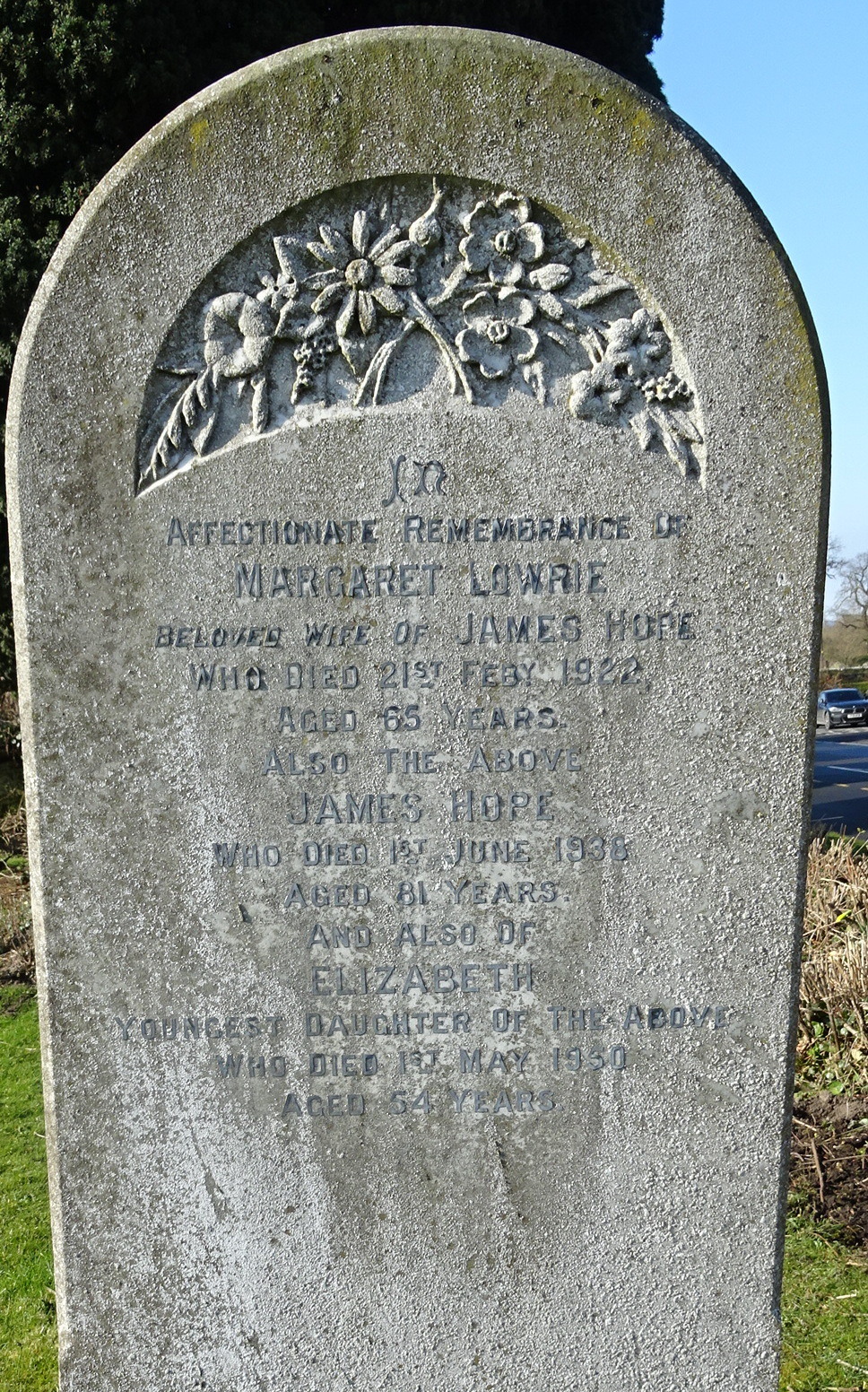