This headstone is not now in its normal position; it may have fallen and been stored at another part of the cemetery.

In affectionate remembrance of JAMES WILSON, the beloved husband of JANET WILSON who died at Howburn 4th Feby. 1884, aged 52 years.

Also the above JANET WILSON who died at Blagdon 21st April1926 aged 89 years.

JANET WILSON eldest daughter of the above who died 51h March 1900 aged 39 years.

Be ye therefore ready also :for  the Son of Man cometh at an hour when ye think not. Luke XII: XL. 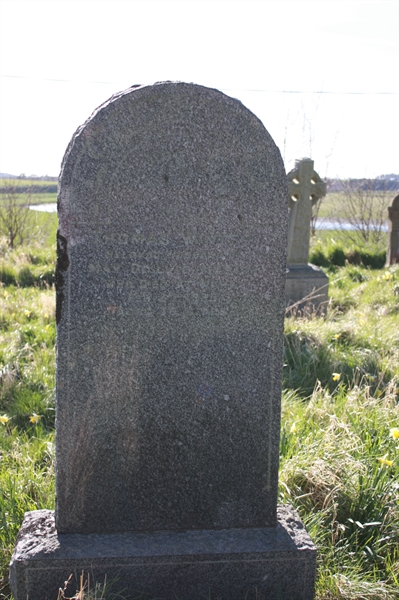 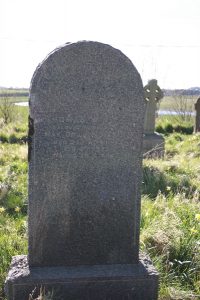