Private Thomas Wood , 17th Battalion, Royal Scots He died on 9th August 1917, aged 34 of wounds received in action in France. He was the son of James and Jane Wood of Branxton, Cornhill-on-Tweed and is buried in Tincourt New British Cemetery, Tincourt, France. He had enlisted in the Lothian and Border Horse in July 1915 and transferred into the Royal Scots in June 1916. Before the war he had worked for Mr. Fenwick of Melkington Farm as well as the Vicar of Branxton the Reverend A.B.Coulson. 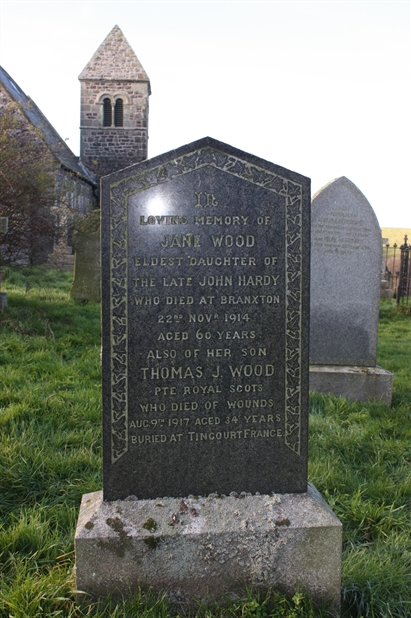 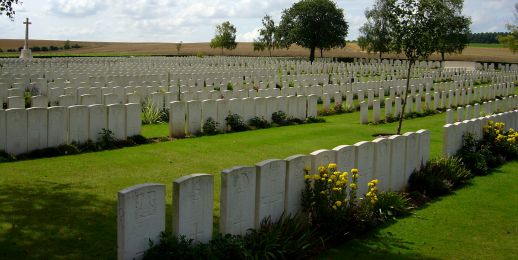